Olympic Torch relay route through Brighton and Hove
22 May 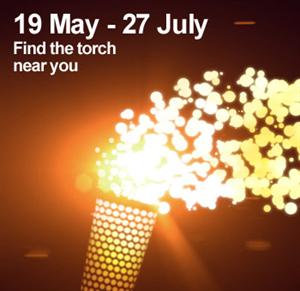 The street-by-street route that the Olympic Torch relay will take through Brighton and Hove has been announced. The Olympic Torch will be carried through Brighton and Hove on days 59 and 60 (Monday 16 at 18.09pmand Tuesday 17 July 2012) The flame will arrive in the official convoy vehicles and be transferred to the first of the city's Torchbearers at King George VI Avenue.The Torch, having come from Portsmouth, will be carried by nominated torchbearers through the streets of Brighton and Hove, including through Hove Park, along Old Shoreham Road and along the Kingsway on Monday 16 July. An evening celebration will be held on Brighton seafront on the night of Monday 16 July. The following day the Olympic Torch will be carried through Pavilion Gardens, by the Old Steine and onto London Road before continuing its journey on to Hastings.

·         Change from Torchbearer to Convoy at The Deneway

·         Change from Torchbearer to Convoy at The Deneway

Click on the link below to see a full ist of tourchbearers
www.london2012.com/torch-relay/torchbearers/community=brighton-and-hove/index.html