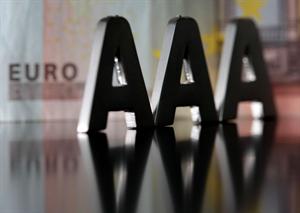 Credit ratings agency has downgraded, Royal Bank of Scotland, Barclays and HSBC. Lloyds also had its rating cut by Moody's in a separate announcement.

Brighton Homes director Steven Kirupai said that he was concerned that the downgrades  will make it harder for the banks to borrow  money which means they will have to pay a higher interest to secure money, which means the banks will almost certainly be forced to pass this on to its customers.

John Raymond, senior banking analyst at research firm Credit Sights, said Moody's announcement would have little impact on the banks' ability to borrow funds - and in turn on their customers - because it was so expected."The downgrades from Moody's have been expected for some time, and therefore had already been factored in, So I don't think Moody's move will mean the banks end up having to increase the interest rates or charges that their customers face.". Brighton Homes very own financial adviser Kevin Horne added that Mr Raymond might be right an din the short run the customer might not see any change, but there will come a point when the bank needs to borrow money again and when this happens, the customers will definitely see an increase on interest rates.

You might be asking why the sudden down grade by the credit agency, in simple terms, the banks' exposure to volatility in the world's financial markets. The three banks have significant exposure to the volatility and risk of outsized losses.

The credit agency also further added that it was putting some of the banks on a negative outlook, which is a warning that they could be downgraded again in the future. The report further added that governments around the world had shown a "clear intent" to reduce their support for banks going forward.This is understandable as no government wants to keep bailing out the financial institutions every time they fail with tax payers money.

Moody's gives banks a long-term credit rating, ranging from a high of "Aaa", down to a low of "C"

It has downgraded HSBC from Aa2 to Aa3

Barclays has fallen from Aa3 to A2

RBS has been lowered from A2 to A3

Lloyds has been reduced from A1 to A2

One good thing about the way the agency deal with this was to drip feed information so that the rating and the downgrades don’t come as a shock to the market.

In a statement, RBS responded to its downgrade saying: "The group disagrees with Moody's ratings change, which the group feels is backward-looking and does not give adequate credit for the substantial improvements the group has made to its balance sheet, funding and risk profile."

RBS estimated that the downgrade could mean it would need to find an extra £9bn in collateral for its debts.

Lloyds said it believed that the change would have "limited impact on our funding costs and market capacity".

Of the banks downgraded, four were cut by one notch on Moody's ranking scale, including HSBC, Royal Bank of Scotland, and also Lloyds.