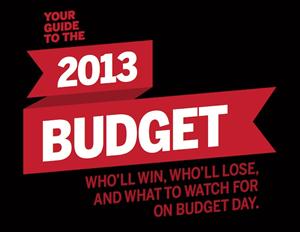 One of the directors at Brighton Homes letting agent scrutinises the budget and explains it in a simple way. George Osborne's Budget lasted 54 minutes and contained a raft of measures as well as data about the state of the economy. Here is a handy guide without the lengthy jargon.

Whitehall departmental budgets cut by 1% after £11bn underspend this year.
Bigger savings of £11.5bn sought in the spending review for 2015/16, up from £10bn.
Public sector pay cap of 1% extended by a year in 2015/16. Military will receive full recommended increase and be exempt from changes to profession pay. New limit on "annually managed expenditure", which includes welfare budget, debt interest and payments to the EU.
Deal on the European budget secured by David Cameron saved Britain £3.5bn.
Infrastructure plans given and annual £3bn boost from 2015/16 - a total of £15bn over the next decade.
Plans to take forward two major carbon capture and storage projects.
"Generous" new tax regime to promote early investment in shale gas and tax incentives for the manufacture of ultra low emission vehicles.

Corporation tax cut another 1% to 20% in April 2015 and small company and main rates of corporation tax merged at 20p.
Corporation tax cut paid by rise in bank levy rate to 0.142% next year.
Help for employees with more generous shareholder status, Capital Gains Tax relief for sales of business to workers and doubling tax free loans for commuter season tickets to £10,000.
Large new package of measures targeting tax avoidance and evasion to bring in £3bn in unpaid taxes.
New Employment Allowance from April 2014 taking off first £2,000 from employer National Insurance bills. Means around 450,000 small businesses will pay no employer NI at all.
Rise in personal allowance brought forward to 2014, meaning no income tax will be paid on the first £10,000 of earnings.
Extension to the Capital Gains Tax holiday.
Tax-free child care vouchers worth £1,200 per child and increased support for families with children on universal credit.

New Help-to-Buy scheme for people struggling to build up a deposit to buy a house, worth £130bn in loans.
Includes £3.5bn for shared equity loans and Government interest-free loan worth 20% of the value of a new build house.

Planned rise in fuel duty this autumn is cancelled.
Planned 3p rise in beer duty tax scrapped and replaced by a 1p cut on a pint of beer.
Beer duty escalator axed. Planned rises for other alcohol duties is retained.

Nigel Pragnell, director at Brighton Homes commented that the new help to buy scheme is most welcome, but this doesn’t help the current issue, which is shortage of properties for sale at the right price. The chancellor has in fact increased the number of people who can now afford to buy, but the stock levels are still the same, which means the prices are going to go up as more people will be fighting for the same property. The government should give powers for the local authority to release more land and also stream line planning permission which will start the housing market moving and also creates more jobs and business should benefit, so should the economy.

Brighton Homes is the fastest growing letting agent in Brighton not only we let and manage properties for landlords we also have a dedicated property finder service to cater for landlords who want to invest more and it would have been nice for the chancellor to do something to help these folks as they are making more properties available for rent which is a great help to help people who can’t get on the property ladder. More supply of rental properties will stabilise the rents and make it more affordable for tenants.